Hamilton is the story of the unlikely Founding Father determined to make his mark on the new nation as hungry and ambitious as he is. From bastard orphan to Washington's right-hand man, rebel to war hero, a loving husband caught in the country's first sex scandal, to the Treasury head who made an untrusting world believe in the American economy. George Washington, Eliza Hamilton, Thomas Jefferson and Hamilton's lifelong friend/foil Aaron Burr all make their mark in this astonishing new musical exploration of a political mastermind.

Hamilton: An American Musical, simply known as Hamilton, is a musical with music, lyrics, and book by Lin-Manuel Miranda. It tells the story of American Founding Father Alexander Hamilton. Inspired by the 2004 biography Alexander Hamilton by Ron Chernow, the show draws heavily from hip hop, as well as R&B, pop, soul, and traditional-style show tunes; and it casts non-white actors as the Founding Fathers and other historical figures.[1][2][3] Miranda described Hamilton as about "America then, as told by America now". [4] From its opening, Hamilton received critical acclaim.[5]It premiered Off-Broadway on February 17, 2015, at the Public Theater, where its several-month engagement was sold out;[6]it won eight Drama Desk Awards, including Outstanding Musical. It then transferred to the Richard Rodgers Theatre on Broadway, opening on August 6, 2015, where it received uniformly positive reviews and high box office sales.[7]At the 2016 Tony Awards, Hamilton received a record 16 nominations and won 11 awards, including Best Musical. It received the 2016 Pulitzer Prize for Drama.The Chicago production of Hamilton began preview performances at the CIBC Theatre in September 2016 and opened the following month.[8]The West End production opened at the Victoria Palace Theatre in London in December 2017, winning seven Olivier Awards in 2018, including Best New Musical.[9]The first U.S. national tour began in March 2017.[10]A second U.S. tour opened in February 2018.[11]Hamilton's third U.S. tour began January 11, 2019, with a three-week engagement in Puerto Rico featuring Miranda as Hamilton.[12][13]
-Wikipedia 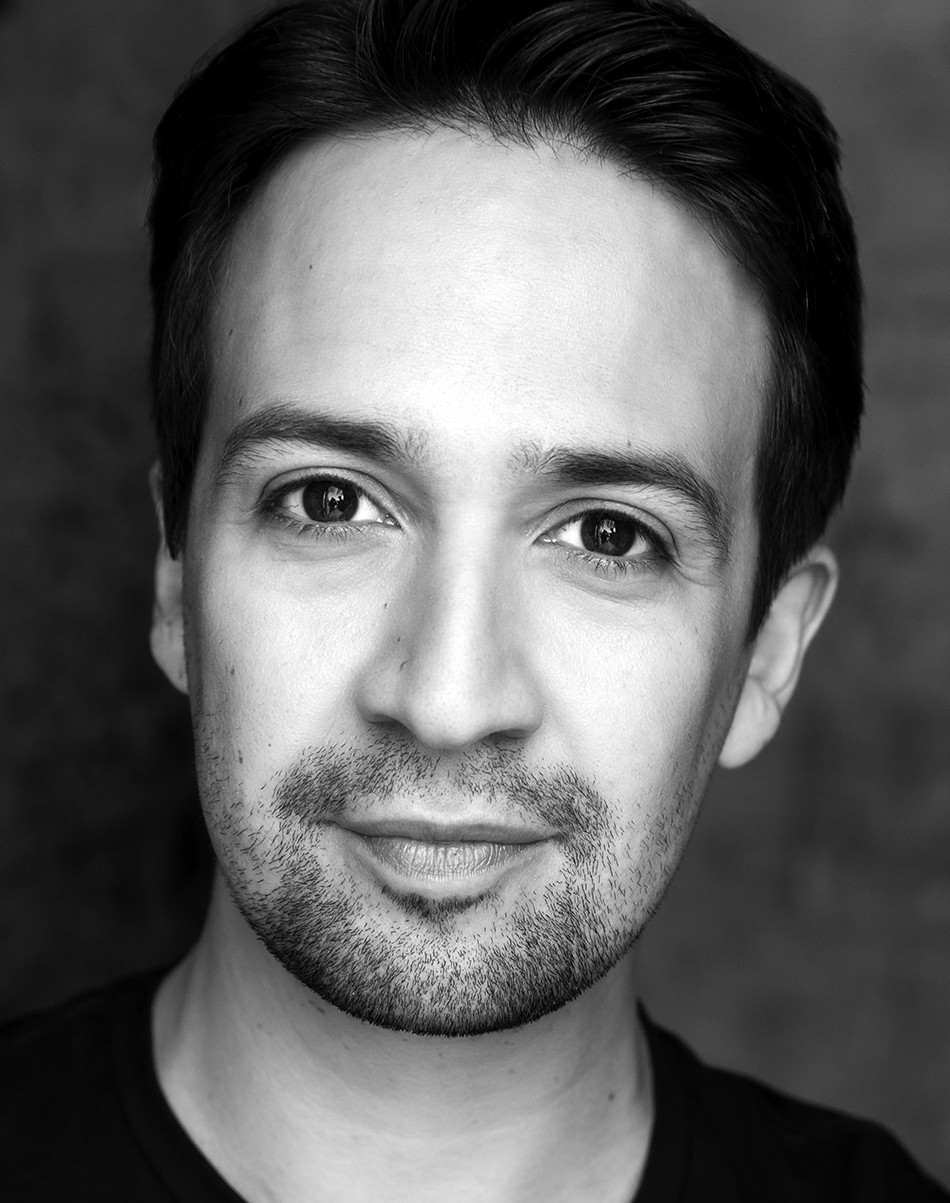 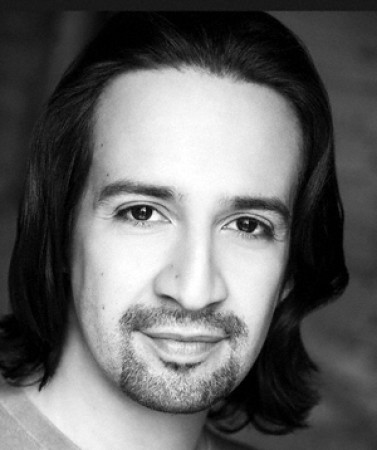 Rarely a day goes by that Miranda doesn’t make news, but in case you’ve been living like our forefathers in 1776 here’s an update. Since departing Broadway’s Hamilton July 9, 2016, Miranda hosted the October 8, 2016, episode of Saturday Night Live—featuring the epic “Crucible Cast Party” and earning an Emmy nomination—and earned an Oscar nomination for Best Original Song for Moana. He’s been announced as a contributing composer to the Disney’s live action The Little Mermaid; he played the leading man in Mary Poppins Returns; and he composed and recorded the new theme song to Netflix’s cartoon reboot Magic School Bus Rides Again. As a producer, he is creating a television series of the best-selling Kingkiller Chronicle books for Showtime. A verified public figure, Miranda has helped raise millions of dollars and awareness for Puerto Rico after it was ravaged by Hurricane Maria; his single “Almost Like Praying” gathered Grammy-winning Latin pop stars to record the original song in support of the U.S. commonwealth. And those are just the highlights. Miranda reprised the role of A. Ham in the 2019 Puerto Rican production of his Tony- and Pulitzer-winning Hamilton. He executive produced and appeared in the 17-time Emmy-nominated FX series Fosse/Verdon. He guested on Broadway in Freestyle Love Supreme, and a documentary about the hip-hop improv group recently screened at the 2020 Sundance Film Festival and coming to Hulu July 17. He appears in the series His Dark Materials. The In The Heights movie, of Miranda’s first Tony-winning musical, will debut in the summer of 2021. Miranda is also directing the movie musical adaptation of Jonathan Larson’s tick, tick...BOOM!. Just announced, he’s writing the music to a new Disney animated movie set in Colombia. 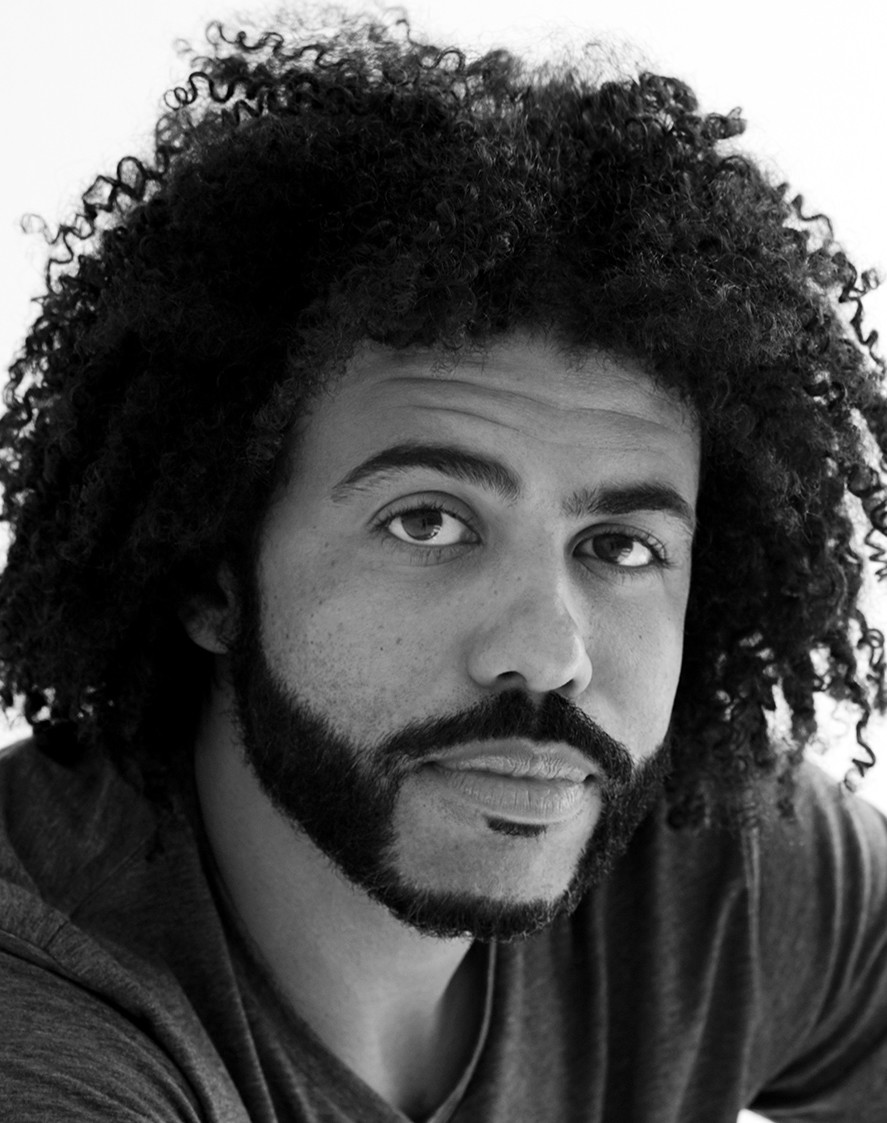 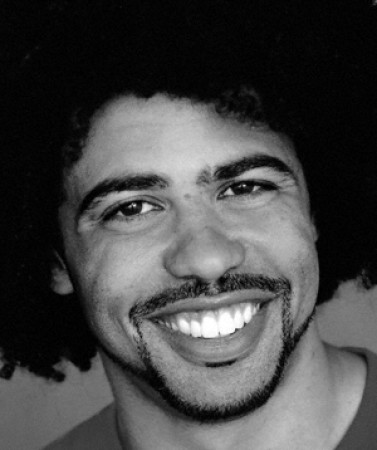 The fast-rapping, charismatic Tony winner has catapulted to one of the most in-demand and active talents in Hollywood. A recurring guest star on ABC’s black-ish, Diggs plays Rainbow’s brother Johan Johnson in the hit comedy series; then he popped up on Netflix in Season 3 of Unbreakable Kimmy Schmidt as the titular character’s new love interest. He voices animated character Dos in the upcoming Ferdinand based on the children’s book (in theatres December 15). He wrote and starred in his own movie, Blindspotting, and has lent his voice to series like Bob’s Burgers, Netflix’s Green Eggs and Ham, and Star Wars Resistance. His television career has skyrocketed as he was a regular on Undone and will portray Frederick Douglass on the upcoming series The Good Lord Bird and as Andre Layton in Snowpiercer, which premiered May 17. He’s also been working on new music with his group Clipping. 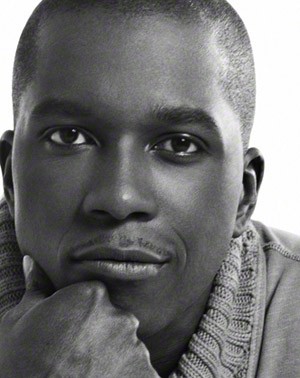 After winning the Tony for his performance as Hamilton’s rival, Leslie Odom, Jr. moved into the recording space. His self-titled debut album was released in June 2016; Simply Christmas was released just in time for the holidays in 2018; and Mr. came out in November 2019. But between recording sessions, Odom made his feature film debut in Kenneth Branaugh’s Murder on the Orient Express as Dr. Arbuthnot thn went on to star alongside Cynthia Erivo in the Harriet Tubman biopic. He also became a dad with his wife, actor Nicolette Robinson. Next, he plays soul singer Sam Cooke in the upcoming feature film One Night in Miami. 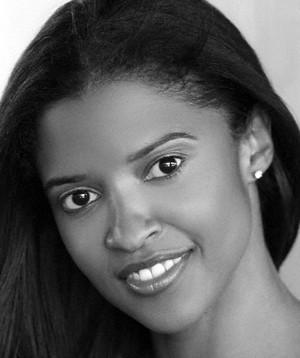 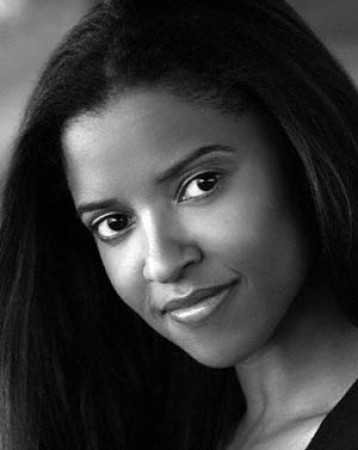 Just like her Hamilton character, Goldsberry has been championing the untold stories of strong women. After winning the Tony for her work as the eldest Schuyler, she starred as the title character in HBO’s The Immortal Life of Henrietta Lacks, about an African-American woman who became the unwitting pioneer to produce the first immortal human cell line. She appeared in The House with a Clock in its Walls, starring Cate Blanchett and Jack Black, and was a part of the cast of Documentary Now!’s Sondheim-spoof episode “Original Cast Album: Co-op” and is a regular on Altered Carbon. She is also the voice of Ms. Nowhere on Fast & Furious Spy Racers. She guest starred as Eva Price on NBC ’s first season of new musical series Zoey’s Extraordinary Playlist. 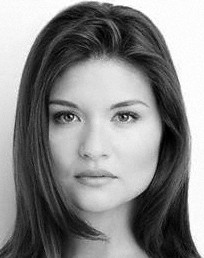 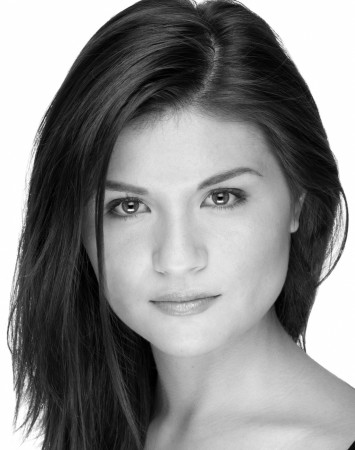 Hamilton’s leading lady departed the show at the same time as Miranda and Odom to play the title role in Amélie, the musical adaptation of the Oscar-nominated movie. Another Hamilton alum who provided vocals for Moana, Soo most recently appeared on Broadway in The Parisian Woman, by House of Cards creator Beau Willimon. She was a series regular on the network series The Code, and recently returned to the stage in Leigh Silverman’s production of Tumacho Off-Broadway. She will give voice to one of the characters in the upcoming animated movie Over the Moon, which also features Ruthie Ann Miles and Conrad Ricamora. 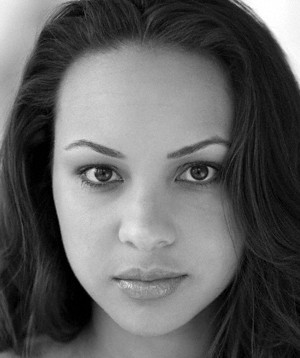 The youngest Schuyler sister was the last of the original cast members to leave the Broadway production. Since exiting, she joined her Schuyler sisters in the Star-Spangled Banner for the 2017 Super Bowl and guested on HBO’s Girls. She starred in Diggs’ film Blindspotting and has also appeared on screen in Monsters and Men and Dog Days as well as the series Mrs. Fletcher. Most recently, she stared as Roxanne in the Off-Broadway musical Cyrano opposite Peter Dinklage’s Cyrano de Bergerac, which earned her a nomination at the inaugural Antonyo Awards this year. 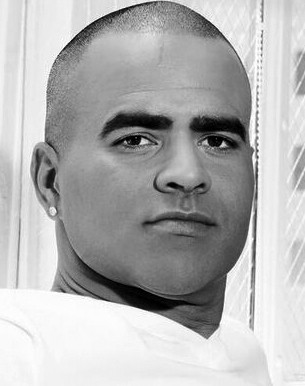 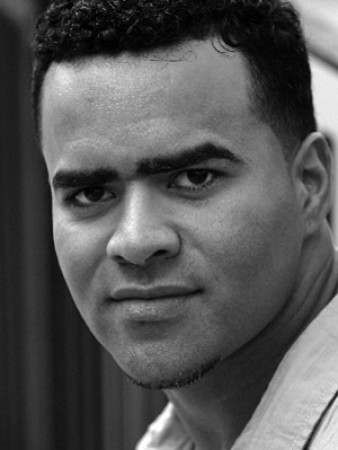 A Tony nominee for his portrayal of our first president, Jackson was actually pulling double duty—filming CBS’ Bull while performing on Broadway. He exited the Broadway show November 13, 2016, but Bull continues to air on CBS. Following a trial science firm who helps clients select favorable juries, Jackson plays the firm’s stylist, Chunk Palmer. Jackson also provided the singing voice for Chief Tui in Disney’s Moana, showcased in the opening number “Where You Are.” Jackson returned to Broadway as a spontaneous special guest in Freestyle Love Supreme, and will be seen in the upcoming documentary We Are Freestyle Love Supreme on Hulu. He recently joined Playbill for a Q&A with his vocal coach, Liz Caplan. 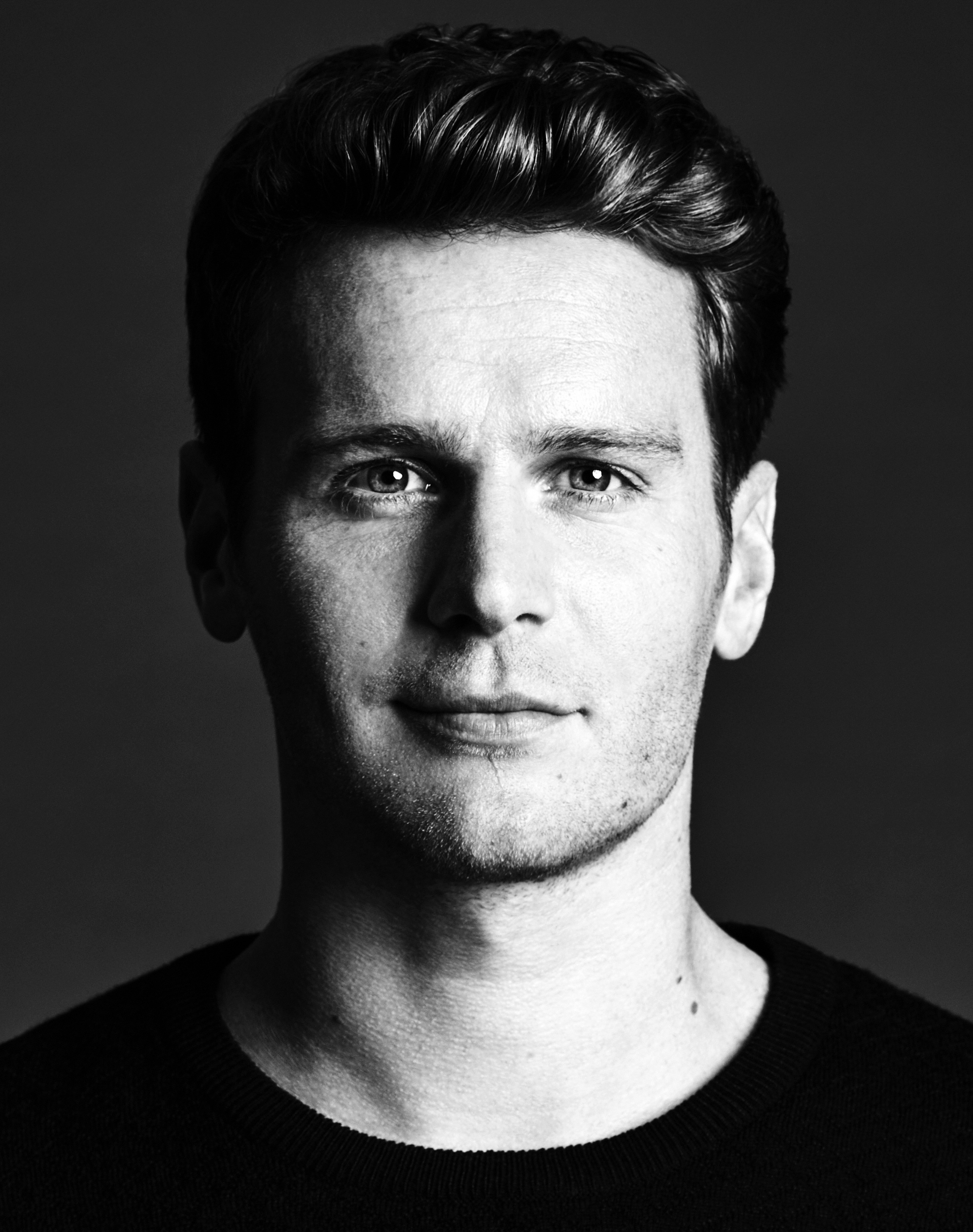 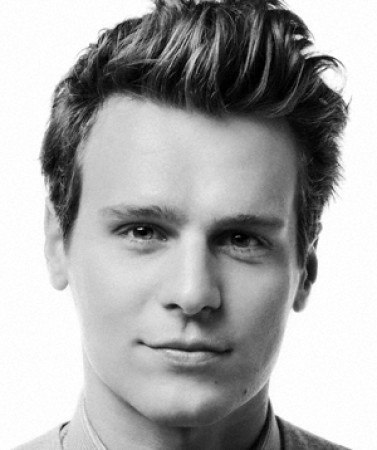 The two-time Tony nominee whose iconic King George even got Beyoncé talking continues to take risks that pay off. After leaving the show April 9, 2016, Groff filmed the HBO Looking movie. Since then, Groff caused a stir as the lead in the first podcast musical 36 Questions and has captivated audiences on Netflix’s series Mindhunter. Groff again voiced Frozen’s Kristoff in the spinoff short Olaf’s Frozen Adventure and Frozen 2—this time with a full boy-band solo tune. Groff returned to the stage with Off-Broadway run of Little Shop of Horrors as Seymour. He’ll be featured in the Disney+ doc Into the Unknown: Making Frozen 2. 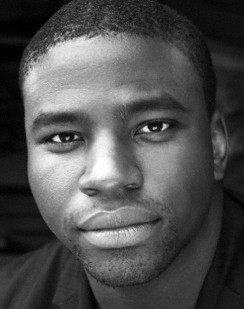 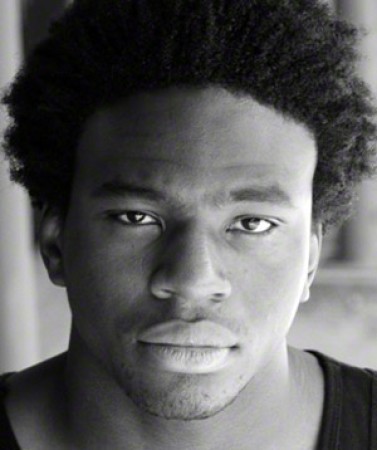 Previously an unknown, Hamilton put Onaodowan on the map. He took over the title role of Pierre in the Tony-nominated musical Natasha, Pierre & the Great Comet of 1812 after Grammy nominee Josh Groban departed. Occupants of Shondaland watch “Oak” weekly on the Grey’s Anatomy spinoff about Seattle firefighters that also stars Groundhog Day’s Barrett Doss, which wrapped Season 3 earlier this year. 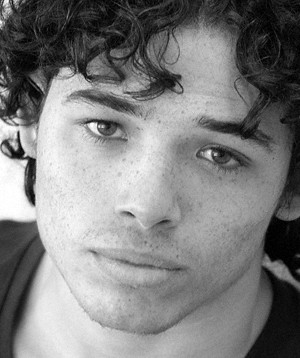 Ramos’ star is another one that is fast-rising—particularly in Hollywood. Ramos was a series regular on Spike Lee’s Netflix series She’s Gotta Have It, came to the big screen alongside Bradley Cooper and Lady Gaga in A Star Is Born, and in 2019, played the role of Corporal Martinez in Godzilla: King of Monsters. His solo album dropped October 2019. He has voiced a character on Disney’s Elena of Avalor and the upcoming Trolls World Tour. He will play Usnavi de la Vega in the upcoming In The Heights movie, and was recently cast in the new sci-fi comedy feature Distance.

Hamilton Cast Performs "Helpless" with Jimmy Fallon and the Roots